European integration has remained a consti­tu­tional principal since the foundation of the Federal Republic of Germany. The partial shift of state sover­eignty from the national to the European level contributed substan­tially to achieving and sustaining peace and prosperity, as well as regaining inter­na­tional accep­tance and sover­eignty of Germany in inter­na­tional politics. Moreover, this shift of sover­eignty helped in reducing reser­va­tions of inter­na­tional partners vis-à-vis Germany that increased its centrality in European politics from the fifties until it was finally re-united in 1990.

Due to the Central and Eastern European countries (CEEC), the depen­dence of the German industry on trade export, the tradi­tional embedding into the European struc­tures which is also a conse­quence of German history, and because of Germany’s historical and moral oblig­ation towards the Central and Eastern European countries, the deepening and widening of the European Union was and remains a key interest of German foreign policy.

Given the size of its population, its economic potential and its central geographic location, Germany is of major impor­tance for any further devel­opment the European integration process.

As a result of this background, Germany’s European policy and Germany’s role in Europe are major fields of research for the IEP. Related research projects, publi­ca­tions and activ­ities deal with the following aspects: 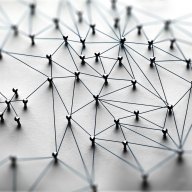 The strategy group “Berlin Futures” brings together a small circle of repre­sen­ta­tives from politics, academia, media and civil society to develop new forward-looking ideas and impulses for German European policy and the future of the European project with the help … 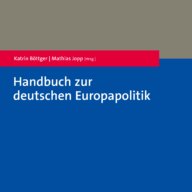 The Handbook on Germany’s European Policy is published in times of multiple crises, rising skepticism, and concerns about Germany’s ties with the European Union. In this context, it empha­sizes the impor­tance of European integration and the political and economic benefits … 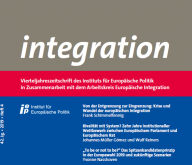 The academic quarterly integration addresses profes­sionals dealing with issues of European integration in politics, admin­is­tration, academics, education and media. It is a theory-laden inter­dis­ci­plinary forum that deals with the political dimension of funda­mental contem­porary issues in European integration from a practical and … 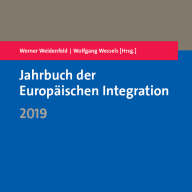 The Yearbook of European Integration is a project of the Institute for European Politics (IEP), Berlin, realized in cooper­ation with the Center for Applied Policy Research at the University of Munich and the Centre for Turkey and European Union Studies, University of Cologne.