Think tanks in Ukraine are key civil society actors whose analytical work makes an important contri­bution to the promotion of democ­ratic processes. Through their direct work on drafting laws, co-designing state policies, monitoring and control, they are able to accompany the political process and make it more trans­parent. As part of civil society, they form the bridge between society and political decision-makers, commu­nicate ideas, inform, clarify and thus contribute decisively to pluralism of opinion and thus strengthen democracy in general. In addition, they act not only nationally, but also transna­tionally. Through their policy-oriented and up-to-date analyses of political and social devel­op­ments in their countries, think tanks can contribute to an improved under­standing across borders and provide perspec­tives on inter­na­tional discourses.

Based on these premises, the project “German Ukrainian Researchers Network” (GURN) aims to promote profes­sional exchange between experts from German and Ukrainian think tanks and enabling junior researchers to feed their practice-oriented scien­tific results into the social and political discourse of both countries.

Goals of the project:

The project targets junior and senior researchers at German and Ukrainian think tanks and univer­sities, who wish to strengthen their profes­sional expertise in practice-oriented research and want to implement (joint) research projects with a thematic focus on Ukraine.

The „German Ukrainian Researchers Network“ (GURN) is a project of the Institut für Europäische Politik e.V. and builds upon the previous project „Platform for Analytics and Inter­cul­tural Commu­ni­cation“ (PAIC, 2017–2019). The project is imple­mented in cooper­ation with the Ilko Kucheriv Democ­ratic Initia­tives Foundation (DIF, Kyiv), New Europe Center (NEC, Kyiv) and the think tank Initiative think twice UA (Kyiv), with the support of the German Federal Foreign Office.

How did the Ukrainian government react to the COVID-19 pandemic, partic­u­larly with regard to supporting small and medium enter­prises? Have those measures been effective? And how can the EU assist Ukraine in the short to long-term in order to ensure …

On December 17 and 18, 2020, the final part of the GURN Methods School took place on the topic of discourse analysis. It is an empirical approach to examine a set of state­ments that can be assigned to the same …

5th Germany Breakfast Debate in Kyiv: “One year after the Normandy Summit in Paris: What is next?”

On 9 December 2019, the heads of government of Ukraine, Russia, Germany and France met in Paris. Even though the conflict over the occupied terri­tories in Eastern Ukraine continues, the parties’ willingness to talk sent an important positive signal. Furthermore, …

Here you can access episode #1 of our new podcast UkraineMEMO with the title “Between independent research and taking a political stance – Challenges for Ukrainian and German think tanks” – We hope you will enjoy listening! 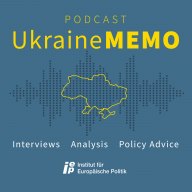 In the scope of its new podcast series UkraineMEMO: Inter­views, Analysis, Policy Advice, the IEP presents new perspec­tives on Ukraine, the most populous and largest country in terms of territory within the Eastern Partnership, which is under­going profound social change, …