The relations to Central Asia are an important element of the changing transat­lantic and geopo­litical setting the EU is currently facing. They are influ­enced by the role the rest of Asia and other world powers play in the region, which the EU has to take into consid­er­ation while focusing on its compar­ative advan­tages. The main objec­tives of SEnECA are to strengthen and energize EU-Central Asia relations by estab­lishing a sustainable, trans­dis­ci­plinary SEnECA Research Network and the SEnECA Stake­holder Network to link European and Central Asian researchers, policy makers and stake­holders in order to improve research cooper­ation as well as to develop a common SEnECA Agenda for Future Research Cooper­ation and to recommend future prior­ities and means of imple­men­tation for the EU’s Central Asia Policy by setting up the SEnECA Policy Roadmap. The Central Asia Commu­ni­cation Strategy for dissem­i­nation and awareness-raising will promote the impor­tance of Central Asia to Europe among scholars, policy-makers, stake­holders in education, media, civil society and the EU public sphere notably through the SEnECA Exhibition. SEnECA will thus ultimately strengthen capac­ities in research and policy advice through the SEnECA Academic Policy Advice Training. Within two years, twelve consortium members from think tanks, univer­sities and NGOs in Europe and all Central Asian states build on their Trans-European and Central Asian network with research insti­tu­tions in 41 European, Central Asian and other Asian countries. Through its activ­ities, SEnECA maps existing networks of researchers of Central Asian Studies in Europe and European Studies in Central Asia and key actors in education and media active in EU-Central Asia relations to analyse research cooper­ation, policies and commu­ni­cation on Central Asia to set up the SEnECA Research Database which forms the basis for recom­mending prior­ities and new forms of scien­tific cooper­ation following the “blended research” approach and demand-driven policy advice based on an inclusive approach to EU policy-makers and stake­holders active in EU-Central Asia relations.

Further infor­mation can be found here. 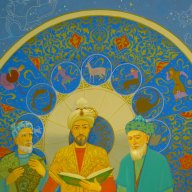 SEnECA Blog Post: Heavenly spheres above Samarkand and GdańskProbably no other scien­tific disci­pline shows the impor­tance of Central Asia for the devel­opment of European civilization better than astronomy.

In its relations with Central Asia, the EU often evokes the idea … 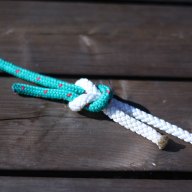 The cooper­ation with the European Union is a top priority for Kyrgyzstan. This has been highlighted in both policy documents and public state­ments of the country’s leadership during their foreign visits for already three decades. These state­ments reflect the reality …

Final Conference of SEnECA in Brussels 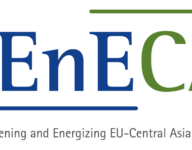 The SEnECA Final Conference “What Future for EU-Central Asia Relations?” was organised by the Trans European Policy Studies Associ­ation (TEPSA) and the Centre inter­na­tional de formation européenne (CIFE) in Brussels on 14 and 15 November 2019. 215 repre­sen­ta­tives* from research, civil society and politics … 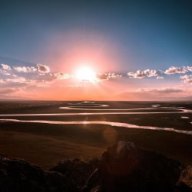 Inter­na­tional trans-boundary water resources are the most important type of natural resources. A rational and equitable use of water can provide prosperity and security to individual states and entire regions. Therefore, the effective use of trans-boundary waters is of particular … 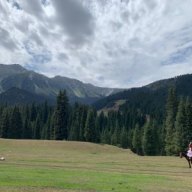 In the last decade, Central Asia has become an increas­ingly popular desti­nation for hikers and adventure-seeking travellers. Since the breakdown of the Soviet Union and especially since the publi­cation of the first Lonely Planet for Central Asia in 1996, the … 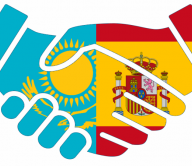 Spain’s main foreign policy prior­ities —namely North Africa, the EU and Latin America— are far away from Central Asia. Never­theless, the country does have a signif­icant interest and presence in one of the five Central Asian countries: Kazakhstan.