Since 1 April 2012, all European citizens maintain a new EU citizenship right: through the European Citizens’ Initiative (ECI), 1 Million European citizens own the right to invite the European Commission to submit a proposal on matters where citizens consider that a legal act of the Union is required for the purpose of imple­menting the Treaty. The IEP monitors the estab­lishment of this new instrument of partic­i­pative democracy as part of the imple­men­tation of the Treaty of Lisbon on an academic level.

As an instrument of partic­i­pative democracy, the ECI offers the oppor­tunity to expedite democracy in the EU. The IEP, therefore, deals with new fields of research by focusing on the EU’s potential to initiate transna­tional discursive spheres and to include new actors and citizens in EU decision-making processes. The ECI is, at the same time, accom­panied by extensive skepticism of the civil society regarding its imple­men­tation. According to the upcoming evalu­ation of the ECI regula­tions in 2015, questions concerning the imple­men­tation is also of interest to the IEP.

The European Citizens’ Initiative: Potentials and limits of a new element in the EU decision-making system 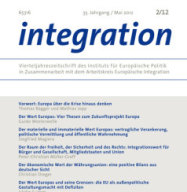 In issue 1/2012 of integration Rudolf Hrbek, Vice-President of the Board of Trustees of the IEP, gives an overview of previous efforts to strengthen the role of citizens. This article, after describing the genesis of this treaty provision and explaining … 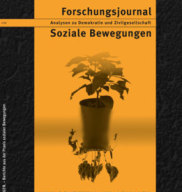 Annette Knaut, Univer­sität Koblenz-Landau, and Julian Plottka, IEP, discuss whether the ECI as a newly intro­duced instrument of citizen partic­i­pation offers an oppor­tunity to foster European democracy on a European level. In a provi­sional empirical analysis, they conclude that the …